I tried to explain Belgrade as best as i can! Now,our next stop is Sarajevo!

From Belgrade to Sarajevo is about 300km. But don’t think that we can go 3- 3.5 hours. I read some article about the road and they were saying the road is very bad etc. but I totally disagree. Ok, you cannot speed too much but very good in terms of visual richness.

Serbia already has a green geography. But after crossing the Bosnian border lush geography greets you! Watching very charming villages on the road, rivers, dams, perfect greens, you go take along a wonderful nature.

I can say that we keep up the way to Sarajevo. You can feel a steady climb and altitude increases. Some villages are so beautiful that you can remind the Black Sea highlands. For me the road was perfect! I cannot complain about that! I saw a lot of beautiful views! J

We arrive finally crossed the sights of Sarajevo. Sarajevo is Bosnia and Herzegovina's capital and largest city with half a million population. Which is culturally rich, a very beautiful city where people of many religions and nationalities live together calmly. Mosques, synagogues and churches can easily see in close proximity to each other in the city. But in Sarajevo, it became part of the permanent war or stuck between. But the biggest issues took placed from the events between 1992-1996. The largest massacre of the Srebrenica in the world. The most bloody scenes are located in Sarajevo, at least 8372 Bosnian citizens were killed. Since 2004, the city entered a recovery and renewal process and took its current form.

Before we decided to drink something we exchanged our money.  (1 € = 2KM August 2015) we sit in Cafe Ayna in Bascarsija and we ordered our Bosnian coffee. Appearance and presentation is quite similar to the Turkish Coffee!

We went for a ride after having relaxed. I stopped at a tourist office for a second. After that I said I was Turkish, I’ll stay for one night , They gave me "1 Day in Sarajevo", a list of places to visit and map prepared in Turkish.  In general, places to be visited are located in Bascarsija and  by the river. I think one day it’s enough to visit the center. I highly recommend you add more locations in your trip outside the city for a period of 2 or more days, if you stay here.

When we were visiting the Sarajevo, Of course we were getting hungry and we would like to taste famous  Bosnian Burek.

They have cheese and beaf  that are always good options. Prices are very reasonable and fair  being really famous.(1,5km cheese, minced 2km) I guess now I can say it was one of the best pies I've ever eaten.

We did not have a place to stay in Sarajevo.   We had to find the hostel because of the negative responses from our Couchsurfing requests. Normally I don’t do this but  I sort the cheapest price ın Hostelworld and we went to the hostel. (5 € / night) is very close to the center as hostel location but definitely unsafe and unprotected. And someone stole my shoes at night !!. I won’t make the same mistakes again and my advice when searching hostels you should check the comments and the condition of the room evaluation firstly and then the price, find the balance.

We wanted to spend the evening outside the hostel and we found out that there was a  Couchsurfing meeting with more than 20 travellers from different countries,so  we had time to sit in the bar for 2-3 hours  and we're back to the hostel.

The next day, we put our stuff in the car in the morning, we came back to fill our bottles to Sebila was very calm, pigeons and apart from us there were 5-10 people.

If I had to make a list of other places to visit in Sarajevo;

* NOTE: You may remember from the history lesson;  in 1914  Govril Principe caused the onset of World War I assassination of Franz Ferdinand, it was commıtted  ​​to Latin bridge. 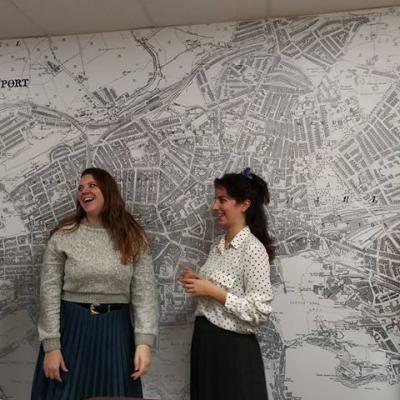 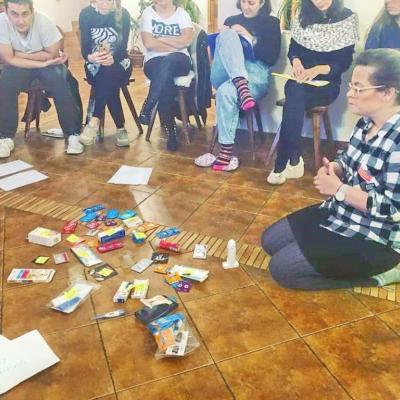 "it was an unforgettable experience that nothing w...
>